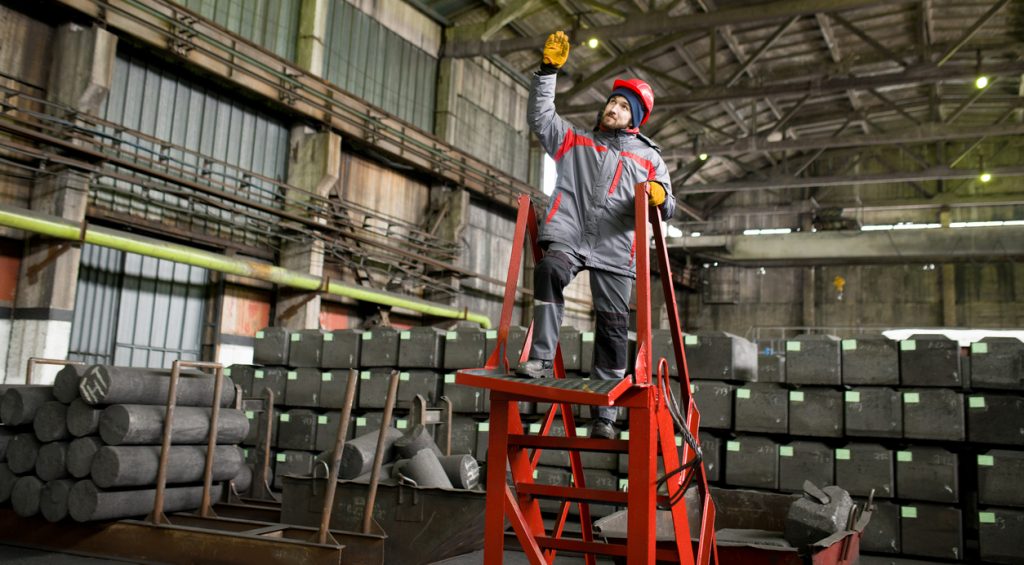 “It’s bad luck to walk under a ladder.”

That’s a superstition that’s been around for centuries. It goes back to ancient Egypt, where people considered the triangle a sacred symbol. When a ladder leans against a wall, it forms a triangle, so walking through that triangle would be considered a violation.

That belief continued over the centuries. In 17th century England, condemned criminals had to walk under a ladder on the way to the gallows, further strengthening the superstition.

To us, being careful around ladders is just common sense. Ladder-related accidents cause hundreds of deaths and thousands of injuries each year.

That’s why we’ve put together this list of rolling ladder safety tips. Keep them in mind as you work to prevent accidents in your warehouse.

The first rule of using a rolling safety ladder is to make sure it stays in place while in use. Secure the brakes before you or a co-worker climbs the ladder.

If your ladder has rubber attachments at the bottom, check them for wear or damage. Inspect the handrail to make sure it’s firmly in place.

It always helps to have someone working with you when you climb a ladder. Getting someone to hand you tools or other items after you’ve ascended the ladder is a lot safer than trying to carry things to the top on your own.

Moving the ladder is also a job better suited for two people: one in the front guiding the ladder and moving obstacles out of the way, the other pushing from behind.

Pay attention to the ladder’s maximum load rating. You may be the only person using the ladder, but you might be carrying tools and materials that exceed the maximum load.

Next on our list of rolling ladder safety tips: correct positioning. Make sure the ladder is placed away from the path of forklifts and other vehicles.

And follow the “three-point rule.” That means you should always have three points of contact with the rolling safety ladder: both feet and one hand, or both hands and one foot.

Other rolling ladder safety tips include:

If you aren’t sure whether you have the right rolling safety ladder, Greystone Equipment can help. We carry a complete line of steel, aluminum and stainless steel rolling ladders from Ballymore, designed to conform to OSHA and ANSI standards, ensuring you and your workers can work safely and confidently. Contact us today to learn more.

« 10 Principles of Material Handling
Why Do I Need Modular Drawer Cabinets? »